The group explain to Dermot O’Leary on tonigh’s show that they are still going by the name New Boyband because they are still to come up with a name.

James Graham, Reece Bibby, Tom Mann, Casey Johnson, Jake Sims, Charlie Jones, Barclay Beales and Chris Leonard also discuss how they are getting along since the group was formed at Boot Camp.

“We’ve been having so much fun. We’ve been playing tonnes of football on the beach. Tom is a football coach, but he’s so bad,” Bibby jokes.

“It just feels so right, it’s like one big sleepover,” adds Mann.

The group go on to perform the Justin Timberlake track for mentor Louis Walsh and his guest judge Tulisa Contostavlos. 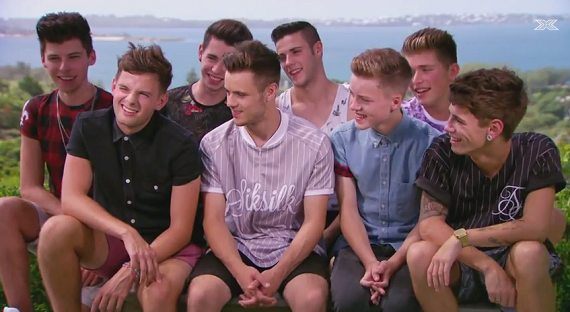