Emily Middlemas impressed with ‘Yellow’ by Coldplay at The X Factor 2014 Arena Auditions.

The 15 year old student from Glasgow wowed Simon Cowell in the room auditions when he raved about the youngster, saying she could be one of the really good ones they have found this year.

Her arena track was written by Coldplay in conjunction with record producer Ken Nelson for the band’s début album, Parachutes in 2000.

After her performance Mel B gushed: “I absolutely love it.”

Louis Walsh was a big fan too and added: “We are looking for someone with a great recording voice and you are one of those people.”

Simon said: “I think this girl is seriously, seriously good.” 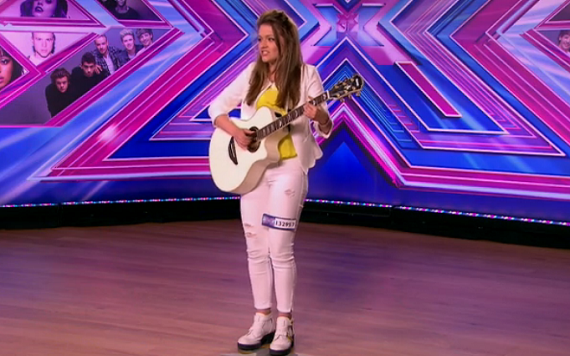