Fleur East returns to the X Factor stage but this time as a solo performer singing ‘I wanna dance with somebody’ by Whitney Houston.

Fleur was in the group ‘Addictive Ladies’ who got to live shows a few seasons ago but they were knocked out in week one.

“When I was 16 I auditioned for the X Factor, I was in a group, we were called Addictive Ladies and we got through to the lives show but got to the bottom two, it was between us and Chico and Louis Walsh voted us off the show. Looking back I wasn’t ready then. I’m ready now.”

She went on to sing the Whitney Houston track but was stopped by Simon Cowell during her performance and he asked to hear a second song. Fleur chose Chris Brown’s ‘Fine China’. Simon thought she sounded like a different artist with the second tune.

After her performance Simon Cowell told her: “Fleur, you know what, I have to tell you, you were like a different artist. I really, really liked that.” 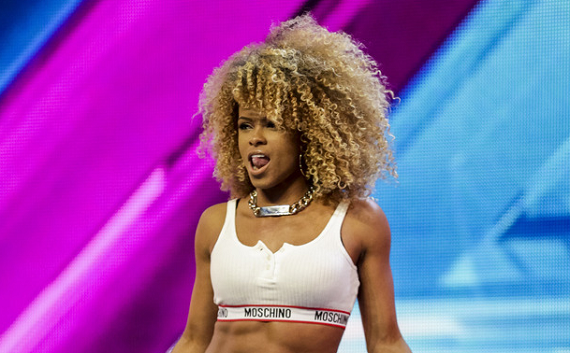