Jay James took to The X Factor 2014 Arena Auditions stage to make his bid for a place at bootcamp.

Before his performance Jay James said: “The first audition went better than I could have possible ever imagined. To get the reaction that I did, it was really emotional. I joined the Navy at 16, but I got a really bad injury which meant I couldn’t join my ship.

“3 months before that, I bought a guitar and discovered I could sing. I wrote my first song and that’s where I came even more addicted when I started to write my own music.

“I’ve been doing music for quite a while now, and I’m trying to make a career in music. I’ve put myself out there, and you realise the music industry is tough. Your perception changed when you have a child, and I’ve been thinking for the past year ‘Am I really supposed to be doing music?’ I need to put my wife and my child first. Something needs to happen, otherwise it’s time for me to do something else”

Jay went on to sing ‘Fix You’ by Coldplay for the pannel and 5000 strong audience. He went down a storm!

Cheryl tells him: “Jay, you know what we though of you in your first audition, now listen to this… That’s exactly what we’re looking for. That was a stunning performance”. 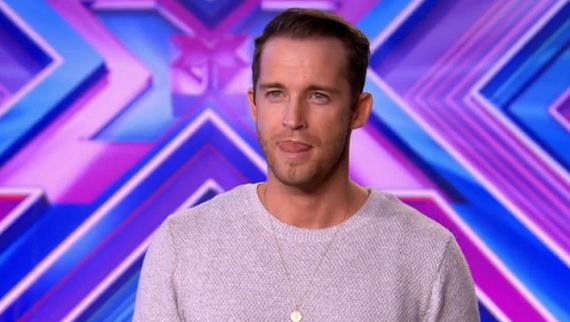