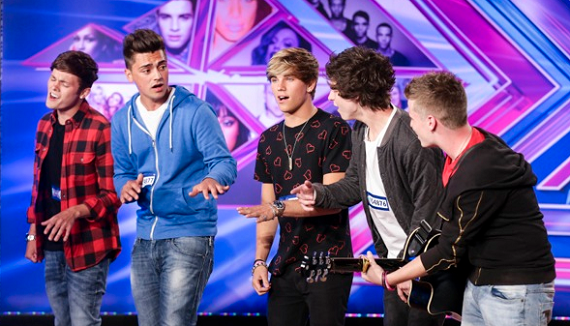 The band members from Overload took a risk at The X Factor 2014 Arena Auditions by performing one of their own tracks for the judges – Simon Cowell, Cheryl Fernandez-Versini, Mel B and Louis Walsh – and 5000 strong audience.

After their first audition that went down a storm with the panel, the band sailed through to the arena round and sang No, No, No.

After their performance, Simon Cowell issued the band with some advice: “Don’t get into copying other bands. It’s all about being original.”

Mel B tells the boys that she was “very, very impressed” by their second audition, while Cheryl will add, “You’re the best boyband we’ve had on so far.”