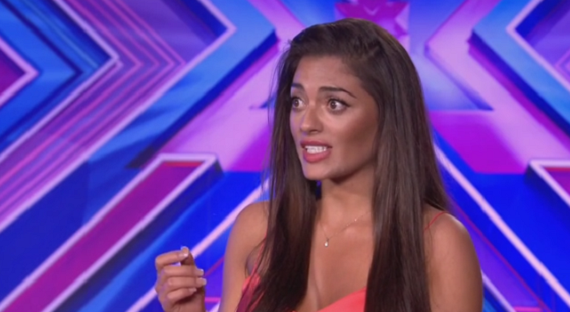 Maria Ellinas auditioned for the X Factor this year in what for us is one of the funniest moments of the auditions so far.

Maria attempts to sing Street Life by Randy Crawford, but could not pronounce the word Street, instead she says ‘Shreet’, renaming the song to ‘Shreet Life’.

The judges eventually saw the funny side of this after Simon tried to help the 26-year-old who originally begged him to sing the song after he told her he loves the original track.

He interrupts her performance and says: “Can I say something, it’s Street life, not Shtreet, there’s no H”

After a few failed attempts from Maria to ditch the extra H, Simon quips: “Do you know Shtop?”