Concept boyband auditioned for the X Factor earlier this summer with the hope of becoming the next big thing.

The band members whose names are, Ben Selley, Karim Newton, Matt Goodenough, Nathan Gittens and Scott Dicks, are five best friends from Basingstoke, that wants to take the X Factor by storm this year.

The band has been together for over 3 years and one band member – 20-year-old Ben Selley – is the cousin of One Direction’s Harry Styles.

At their audition the band performed Earthquake by Labrinth for the new look X Factor panel of Simon Cowell, Mel B, Louis Walsh and Cheryl Fernandez-Versini. 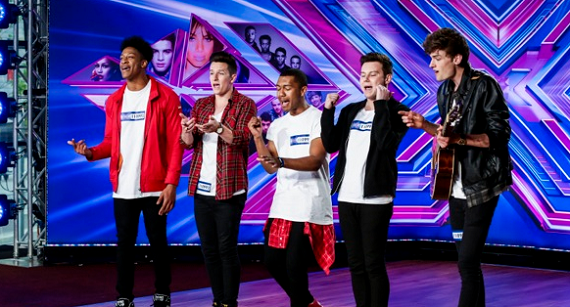