Tonight Miss Dynamix became the third act to be voted off The X Factor this year. 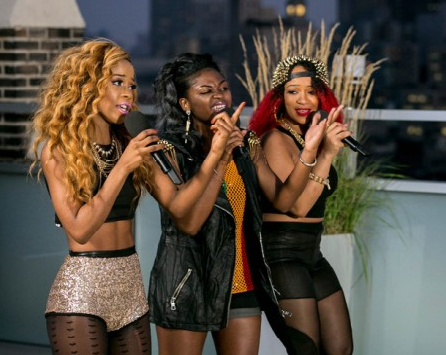 The girl group that was put together at bootcamp, was widely tipped to leave tonight after they were put in the bottom two in last night’s Flash Vote. However no one could have expected that they would be in a sing-off tonight with Hannah Barrett.

The pair had to perform again for the judges, with Miss Dynamix singing Swedish House Mafia hit Don’t You Worry Child while Hannah sung Emeli Sande’s Read All About It.

It was then over to the judges to make their decision, starting with Hannah’s mentor Nicole who sent home Miss Dynamix.

Gary Barlow then backed Miss Dynamix as expected, then it was over to Sharon Osbourne who said:

“It was the best sing off, this is how everybody should be every week. I have to send home Miss Dynamix.”

Having lost the flash vote and with two judges sending them home, Miss Dynamix were sent home.