Lorna Simpson became the first act voted off the new series of The X Factor tonight. 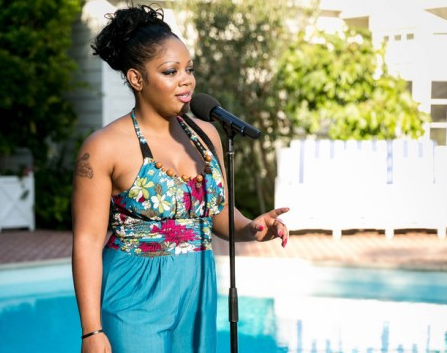 Tonight Dermot O’Leary revealed that Lorna Simpson had received the next fewest number of votes, placing her in the bottom two also.

Shelley and Lorna then performed again for the judges, with Shelley singing Jennifer Hudson hit One Night Only while Lorna sung There You’ll Be.

It was then over to the judges to make their decision, starting with the pair’s mentor Sharon.

She declared: “I abstain.”

Louis was next, saying: “An amazing sing off, it’s a really, really difficult one. The person I’m sending home tonight is Lorna.”

Gary commented: “What a fantastic sing off that was… The act I’m sending home tonight is Shelley.”

It left Nicole with the deciding vote, saying: “The act I’m sending home is Lorna.”

Therefore, with two votes to one to stay, Lorna went home.

The X Factor 2013 live shows continue next Saturday and Sunday with a Love and Heartbreak theme.