The X Factor made a change to the end of the live show on Saturday nights by introducing flash voting. 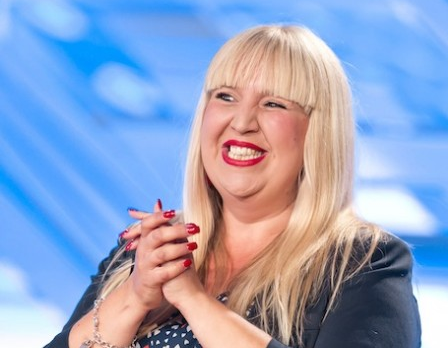 This reveals the first act that is in danger of going home on Sunday having polled the lowest number of public votes.

As the lines closed tonight, Dermot O’Leary revealed which singer or group had definitely landed themselves a place in tomorrow night’s sing off.

Having told the boys, the girls and the groups they were all safe, there was a sad look on the face of the Overs category when they released one of the would be singing for survival.

Dermot revealed then the act that finished last in the flash vote was Shelley Smith.

The blonde bombshell was shocked and almost in tears as she was led away.

After the result was revealed, the voting lines opened again and tomorrow night the second act for the singoff will be revealed.