Code 4 made it to Judges Houses  in the Big Apple this summer but was one member light due to visa issues.

They performed ‘Superstition’ by Stevie Wonder for Gary and guest judge Olly Murs but it seems that they were really missing their other member. 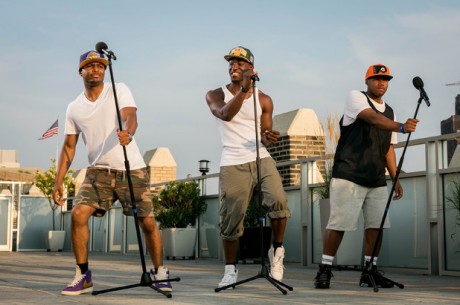 Code 4 performed without Mark Wyman and before their audition told Dermot O’Leary:

“We formed as a band 18 months ago and we said initially lets try to do something different. We don’t want to just sing, we want to perform, we want to entertain, we ant to make people go wild. We can sing we can dance, we have little tricks that we do.”

“Never did we think that Gary would take that in and bring us here to America for judges houses. This has been the biggest experience so far for all of our lives.”

After their performance, Gary thought something was missing from the chemistry and admitted:

Olly had never heard the band as a four piece so asked: