19-year-old Ryan Mathie, made a good impression on the judges when he gave an emotional rendition of Jolene by Ray Lamontagne at his X Factor audition. 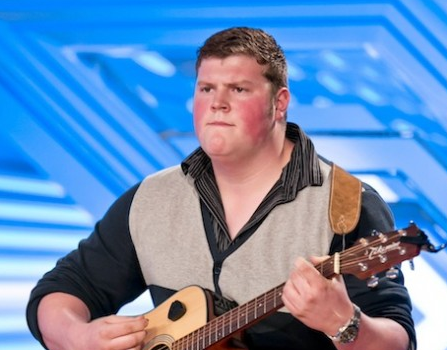 The Van mechanic admits to the judges that because he works for the council, he spends much of his day covered in bin juice. It’s a phrase that made Sharon Osbourne wanted to puke.

However, Ryan’s soul and country inspired music style went done well with the judges, who praised him on his performance.

Ryan could be one to watch in this competition, because not only does he sing well, but he has already recorded his own songs, which if he makes it to the live shows and were able to perform some of his tracks, it could set him apart from other contestants.

Listen to more of his Ryan’s music here.