Jerrie Bafundila was separated from her singing partner Tamera Foster by the judges after the two auditioned as a duo in their first audition. But going solo is proving a bit of a challenge to the pair.

Tonight, Jerrie sang ‘We Found Love’ by Rihanna and while she definitely tries to put her own spin on the song, the judges believe she has not got it quite right. 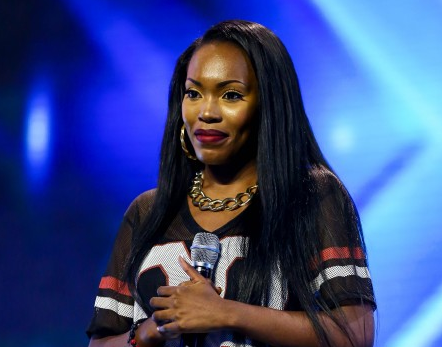 Nicole Scherzinger admits she thinks her first audition was ‘better’, while Louis Walsh says he was ‘expecting more.’
Sharon Osbourne thinks the track was in the ‘wrong key’.

Gary Barlow said she was ‘shouting’ her way through the song.