The three chefs must deliver superb foods to satisfy two Michelin star chef Daniel Clifford if they are to progress to the final.

Daniel spent the first 12 years of his career in some of the best restaurants in the UK and France, and cooked at Midsummer House that saw him gain his first Michelin Star in 2002 followed by the second in 2005. He has also won the Great British menu on two occasions.

After the first day of cooking and presenting their starters to be judged and graded by Daniel, the three chefs were surprised at the scores they received. However, out in front and finishing the day on a high, was James with his spicy pigs head and scallops dish that was awarded a well earned 8 points. 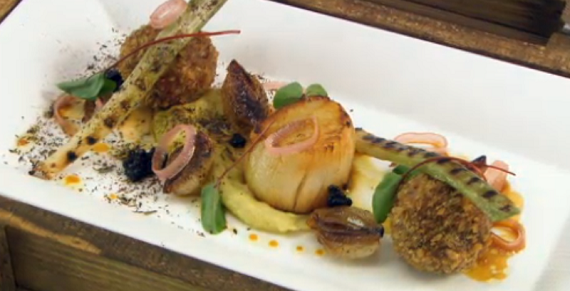