This week’s farm task where the sales of Apple and Blackberry milkshakes were pitched against the sales of Buffalo meats resulted in Lord Sugar giving Uzma Yakoob the chop.

In a task that saw the candidates sourcing, stocking and selling produce in a farm shop, the teams had to decide what to sell and how much to sell it for in order to win the task when profits are announced in the board room.

Lord Sugar decided to mix the teams this week, moving Uzma and Natalie across to Team Endeavour and Myles, Jason and Jordan over to Team Evolve.

Evolve choose to put their faith in the sales of Buffalo meats they acquired from the farm while Endeavour thought they were on to a winner with their delicious milkshakes. 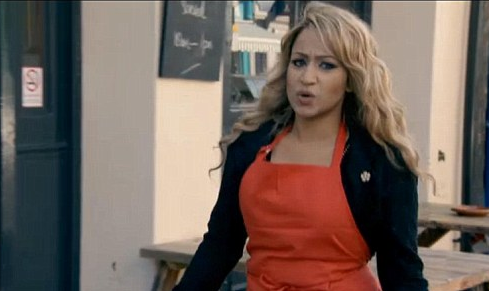 In the boardroom Nick and Karren reveal the all-important results:

As a reward for their win, Lord Sugar sends Evolve to a renowned London restaurant ‘Tramshed’ where their top chef cooks the team a four-course meal using the best of British produce.

After Lord Sugar’s discussion with Endeavour, Project Manager Neil decides to bring Kurt and Uzma back into the boardroom with him.

After the usual accusations and counter accusations as to who was at fault between the candidates, Lord Sugar delivered his verdict:

“Kurt, if you thought this shakes route was going to be your chance to prove to me that your business model is solid, then you’ve failed. How can I go into business with somebody that doesn’t know how many he can sell? Uzma, third time in this final three, and a couple of times people have said you don’t contribute. I have had comments back from Nick and Karren who had the benefit of following you, and I have to say that they support some of that in some respects. Neil, you took the helm here, you decided that you wanted to be a Project Manager, but you got brow-beaten. And I do think that putting the blame solely on him [Kurt] is unfair. And for that reason Neil, I’ve got to tell you that there’s not much space left for mistakes. But my intuitive feeling at this moment is that Kurt, if you want me to believe in your business model, you have got a lot to learn. And the first thing you’ve got to learn is to stop spouting your mouth off about how many you’re going to sell, how much you’re going to make. Uzma, no smoke without fire I say. I’m sorry Uzma, you’re fired.”