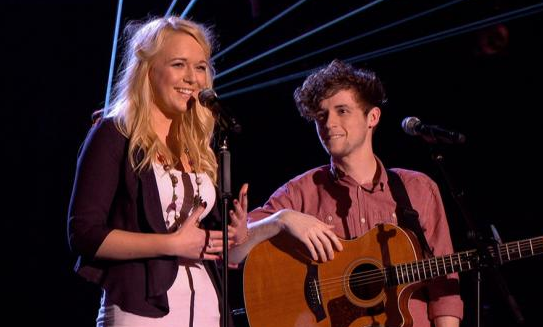 One Direction’s Harry Styles former girlfriend Katie Smith is set to feature on this weekend episode of The Voice UK in another attempt to make a name for herself in the music world.

Smith previously auditioned for The X Factor back in 2010 along with Harry Styles and the rest of his One Direction band mates.  However, Katie Smith was among those who narrowly missing out on a spot in the live finals. But back then it was her relationship with a then little known Harry Styles that made headlines, when the pair started dating after meeting up on the show.

While Harry was also rejected as a solo artist on The X Factor, he was thrown a lifeline when he was invited to form a band with four other guys called One Direction.

“Katie can claim to have had Harry’s eye before he was famous,” a source told The Sun newspaper today. “He was smitten with her for ages and they used to flirt all the time on the show.”

The insider added: “The Xtra Factor even picked up on it and arranged a date for them.

“It was a puppy love thing but was destined to end abruptly as she didn’t make it to the live shows.

“Who knows, maybe he will watch the show on Saturday and feel an urge to give her a call?”