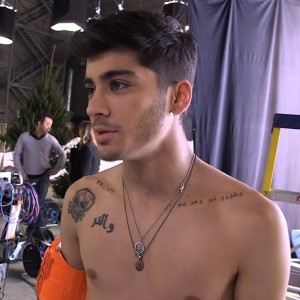 Zayn Malik shot to fame in 2010 as a member of the boyband One Direction after auditioning on The X Factor UK.

The band members – Harry Styles, Liam Payne, Zayn Malik, Niall Horan and Louis Tomlinson – were all signed to X Factor boss Simon Cowell’s record label and have since gone on to global domination.

However, one question that is constantly being asked by fans is ‘Where is Zayn Malik from?’ Well, we can tell you that he is from Bradford in the north of England. His father is of Pakistani origin and his mother is English. He is one of only a handful of Muslim pop stars in the west today.

Zayn came very close to missing out on stardom when he entered The X Factor in 2010. This was because he refused to dance at bootcamp. Simon Cowell could have booted him out of the show at that point but instead he showed him sympathy and encouraged him to go on stage and do whatever he could. His dance moves were not pretty but they paid off massively when you consider where he is today.