Westfile’s Nicky Byrne failed to make it to the Strictly Come Dancing semi-finals after being voted of the show at the weekend. 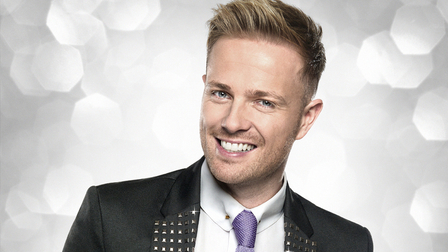 The singer was eliminated after losing out to Denise Van Outen in the dance off and later he confessed he was gutted to be off the show.

Speaking on It Takes Two last night, Nicky confessed: “I was absolutely devastated. I was gutted.

“I wanted to go as far as I could and on Sunday I felt devastated, but it’s a tough competition and there’s plenty of good dancers left.”

Nicky hinted that his demise was probably due to his mashup of a Rumba and American Smooth routine.

He said: “I was perhaps disadvantaged having not done either before, the Samba is also the bananna skin dance for the male celebs.

“But I thought we got to a level in training where we felt it was good. It was harder than the week before, but I thought it was strong enough to get us through, obviously I was wrong!”

Nicky’s professional partner Karen Hauer added: “It was a difficult routine but I thought it went fantastic.”

Karen also revealed she hoped to be back next year for a second series, saying: “This is the best job a dancer can dream of.”

Speaking to Zoe Ball on the BBC, Nicky revealed is highlight of the competition.

He said: “I really loved the charleston, it was our highest scoring and so much fun. I also loved the Skyfall performance to James Bond, I have no regrets, I had a great time.”