Rick Stein served up a tasty freekeh salad on Rick Stein: From Venice to Istanbul.

Rick says: “Freekeh is dried green wheat, harvested while the grains are still soft, then sun-dried. It is very common in the Middle East and North Africa, and is used in the same way as bulgur, couscous or pearled spelt. It works well as an accompanying pilaf or a salad, in this case with pomegranate seeds, pistachios, mint and spring onion.” 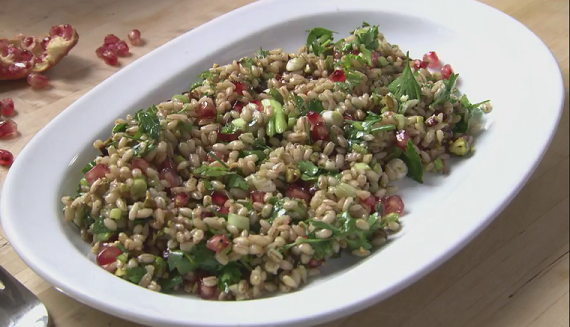 See recipes by Rick in his book titled: Rick Stein: From Venice to Istanbul