Chef Richard Bainbridge served up a Morston quay dish with cod and parsley sponge at Morston Hall for Brian Turner and Janet Street-Porter on A Taste Of Britain.

Morston Hall is a country house hotel with its origin in the 17th century located in North Norfolk coast. It is the only restaurant with both 3 red rosette’s and Michelin Star award within a 50 mile radius.

Richard dish went down well with Janet and Brian not only because of its taste and presentation, but it was a very imaginative dish that truly captures produce available in the immediate locality. 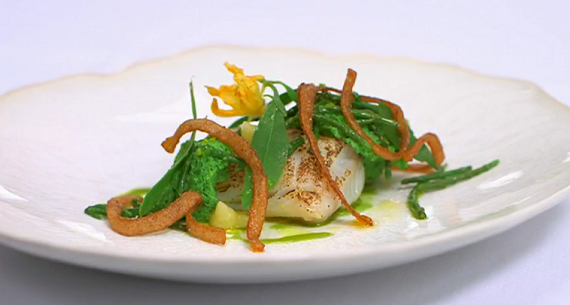