Iain Watters showcased his lemon and courgette poppyseed cake on Newsnight following his controversial exit from The Great British Bake Off.

This tasty looking cake won Iain is place on show and he brought it on to Newsnight for presenter Kirsty Wark to sample.

In last night’s episode of The Great British Bake Off, views say Iain failing to present his bake during the show-stopper round after binning his Baked Alaska in a moment of frustration. The finger pointed at contestant Diana Beard who removed Iain’s ice-cream from the freezer without his knowledge.

Tonight Iain told Kirsty that he did not hold any grudges against Diana because it was something that happened in the heat of the moment. 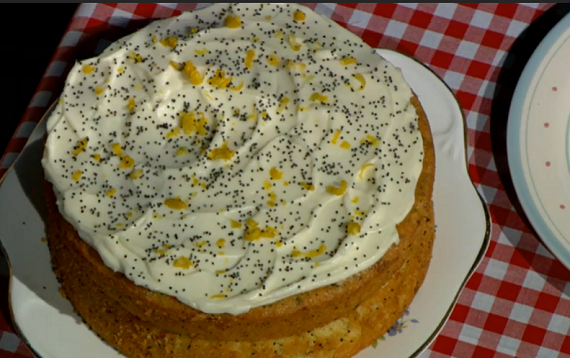