As most people know tapas is a very characteristic part of Spanish cuisine. Some say it was a Spanish King who insisted that a small piece of food be placed over the top of a glass of wine, effectively “covering” (tapando – hence the origin of the word) the drink.

The snack was intended to prevent the alcohol from going straight to the consumer´s head! Others claim the tapas was born because of the workers who started early in the morning and needed a quick snack to keep them going until lunch! Whatever the real origin, from its very humble beginning, the custom spread quickly throughout Spain.

However, not to be out done the British decided to embrace this Spanish style of food and in the Food & Drink kitchen, French chef Michel Roux Jr demonstrate his take on the British tapas cooking mini Scotch eggs, pea with mint soup and Tunworth cheese. 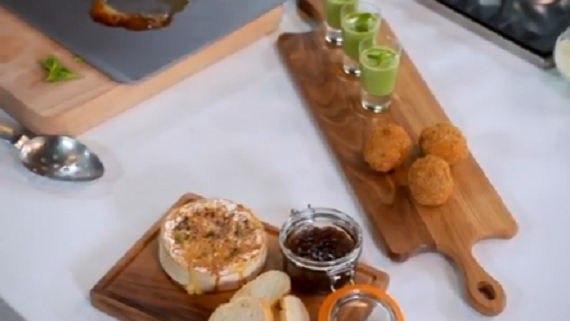