Richard from Shropshire, Visha from Leicester and Lindsey from Newbury made it through to the Masterchef 2017 quarter-final.

The three cooks saw of tough competition from 5 other cooks – Lawrentino from London, Nathan from the Wirral, Ilda from Bosnia, Danielle from Leeds and Will from Cambridge.

To book their place in the quarter-final, the cooks were given one hour and twenty minutes to impress the judges John and Gregg with one plate of food before serving up a two course meal to excite not just John and Gregg but also 2011 MasterChef finalists Sara Danesin and Jackie Kearney, as well as champion Tim Anderson. 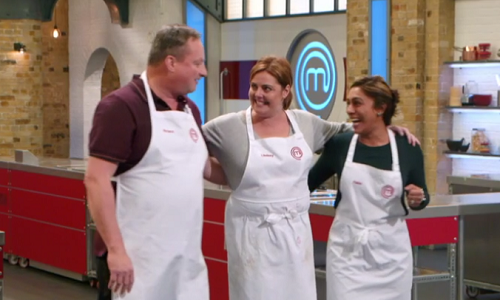