Steven from Horsham impressed the judges and Ashley Palmer-Watts on the second day of the semifinals of MasterChef The Professionals. 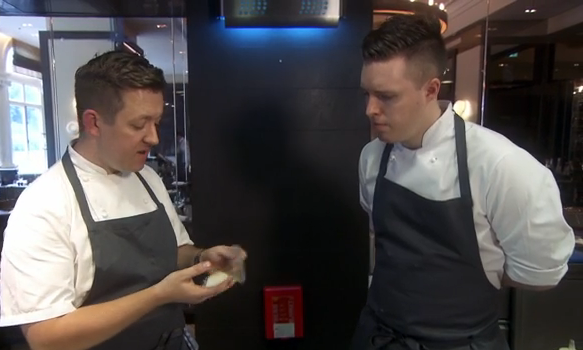 The head chef from Sussex went head to head with Adam from London in an exciting semi-final round.

The first part of their task was to cook in a top London Restaurant under the supervision of two Michelin Stars chef Ashley Palmer-Watts for 170 people.

Steven was charge with cooking roast turbot served with sea vegetables as one of the main courses on offer in the restaurant that evening. After a nervous start and initial issues with his plating, Steven soon got the hang of it and began to cook timely and precise plates throughout the evening. 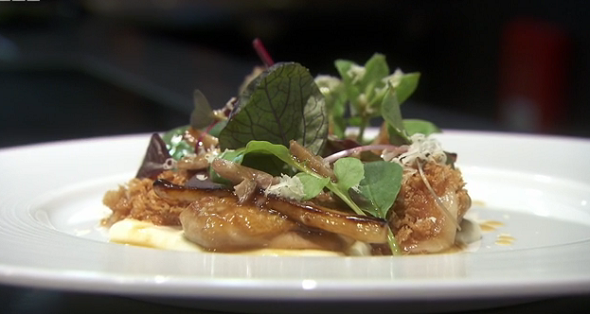 This was followed by Ashley’s cooking test, where he gave Steven and Adam identical recipes that they had to deliver without having ever seen the dish previously. Steven grasped the nettle quickly, applying all his chefing skills and experience to deliver a near perfect plate.

Back in the Masterchef kitchen, Michel Roux Jr and Monica Galetti awaited the chefs return after their Mitchlin stared cooking experience. They put them to the test straight away by asking them to cook a main course and dessert of their choice. This was primarily to see if they could apply the new experience gained in Ashley’s kitchen to their own food.

Steven cooked a main course that contain duck with broccoli. This was followed by a dessert of cheese cake with strawberries. 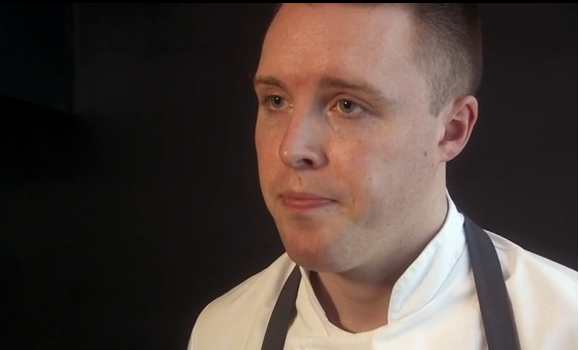 Both dishes served up by the young chef were eye catching and received glowing tributes from the judges. After sampling Steven’s best food, the judges had no trouble putting him through to the MasterChefs The Professionals finals.