Strictly Come Dancing is back on our screens this autumn and these are the famous ladies that will be entertaining us through the cold dark nights.

Queen of the runway and TV presenter Abbey Clancy, 27, will be used to competition after featuring as one of 13 finalists in the 2006 Living TV series Britain’s Next Top Model. After coming runner up her career continued to rise, modelling for numerous magazines and once ranking in FHM magazine’s annual 100 Sexiest Women in the World. The wife of Premier League footballer Peter Crouch also has a regular slot on ITV’s This Morning as their fashion expert. 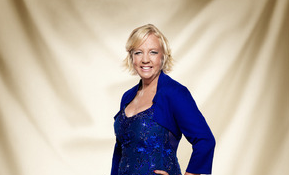 British multi-millionairess Deborah Meaden, 54, became a household name in 2003 when she joined BBC Two’s Dragons’ Den to become one of the show’s five investors. She has been a successful business woman from a young age, launching her own glass and ceramics export company before setting up one of the first Stefanel fashion franchises in the UK. With several successful businesses in the leisure and retail sector under her belt, Deborah now devotes time to finding good investment opportunities. Let’s hope that Deborah finds the time to invest in training for the dance floor. 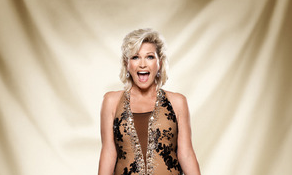 Nigerian born Fiona Fullerton, 56, is one of Britain’s most versatile actresses, having appeared in movies, TV shows and West End theatre productions. She is perhaps best known for her starring role alongside Roger Moore – as KGB spy Pola Ivanova in the 1985 James Bond film A View to a Kill. With a career spanning over 30 years, she has a number of other impressive credits to her name, including playing Guinevere in Camelot and Alice in Alice in Wonderland. 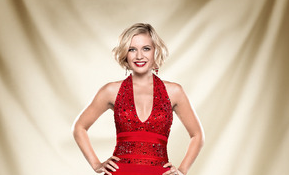 Television presenter Rachel Riley, 27, is best known for co-presenting Countdown and The Gadget Show. The Oxford graduate was an unknown star when she joined Countdown in January 2009, becoming the face and brains behind the letters and mathematics solutions on the show. Chosen from more than a thousand applicants, despite having no television experience, Rachel has since filmed over 1000 episodes of the show. In June 2013, Rachel became a presenter on the Channel 5 programme The Gadget Show, co-hosting alongside Jason Bradbury.

Former Coronation Street baddie Natalie Gumede is best known for playing Kirsty Soames in the ITV soap. For 18 months Natalie, 29, was at the centre of one of the show’s most gripping and shocking storylines, playing a role that landed her the award for Best Newcomer at the British Soap Awards in 2012 and Villain of the Year in 2013. The actress and self-proclaimed Strictly fan graduated from the prestigious Italia Conti Academy of Theatre Arts in 2003.

Multi-platinum selling singer/songwriter, model and DJ Sophie Ellis-Bextor, 34, is certainly top of the pops. She achieved widespread success in the early 2000s with her disco inspired pop music, and is best known for the number one smash hit Groovejet (If This Ain’t Love) by Spiller, as well as Take Me Home and Murder on the Dancefloor. With a song title to her name like Sophie has, let’s hope there’s no bloodshed on this dance floor.

Journalist and presenter Susanna Reid, 42, is a face many will be used to waking up with having regularly presented BBC Breakfast since 2003. She has broken many major news stories, interviewed the Prime Minister and presented the BBC’s coverage of the Oscars live from Hollywood. Since 2008 Susanna has been part of Children In Need, and in 2011 performed in a Strictly competition with three other newsreaders, which she won with dance partner Robin Windsor.

TV presenter, broadcaster and journalist Vanessa Feltz, 51, is known for presenting on Jewish radio show BBC GLR, and The Big Breakfast. She was named Speech Radio Personality of the Year at the Sony Radio Academy Awards, she now writes a weekly column in the Daily Express and presents BBC Radio 2’s Early Breakfast Show. Vanessa has already shown she can steal the show when she took part in the BBC’s Let’s Dance for Comic Relief early this year, with her performance of Cher’s If I Could Turn Back Time.