Unity Youth came through a tough test today on Alesha’s Street Dance Stars after battling it out with two other under-16 street dance crews on the BBC street dance competition. 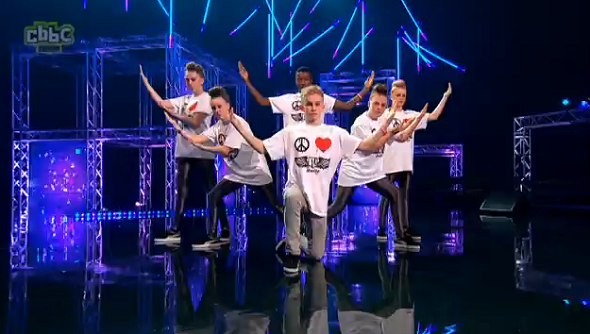 Unity Youth saw off  runners-up Enkrypt Kids and Kayzar Riots to claim the Trophy and the title of Alesha’s Street Dance Stars Champions 2013.

The dance crew from East London who was only formed a few month ago will now get the chance to performance at the Young Voices Concert in the O2 Arena.

The show hosted by Alesha Dixion from Britian’s Got Talent and co-hosted this year by X Factor star Marcus Collins, is now in its third series.