Paul Hollywood is not only a big hit with his Great British Bake-off spinoff show ‘Paul Hollywood Pies and Puds’, on the BBC in the afternoons on week days, but the master baker’s book to accompany the series is also a big hit with the public, entering the best sellers charts this month. 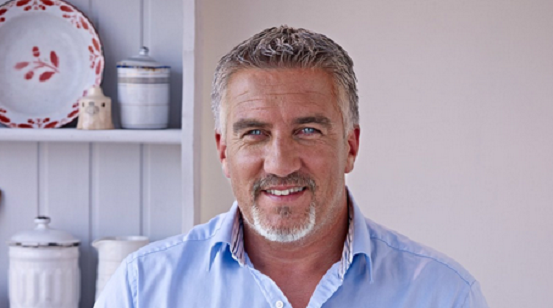 ‘Paul Hollywood Pies & Puds’ has entered into the top 10 of the Nielsen Bookscan TCM’s weekly bestseller chart for the UK, which collates real time sales from over 6,500 retailers representing over ninety present of the UK book market.

Three other cookbooks appear in the top 10: ‘Proper Pub Food’ by Tom Kerridge is at number five; ‘The Great British Bake Off: Everyday’ by Linda Collister, which contains forewords by Mary Berry and Paul Hollywood, is at number seven; while ‘Save with Jamie’ by Jamie Oliver is at number nine.

The number one spot in the chart is held by Alex Ferguson’s ‘My Autobiography’.

This list appears in the November issue of ‘The Mail on Sunday”s ‘Event’ Magazine.

Paul Hollywood Pies and Puds’ TV series can be seen on BBC 1 at 15:45 weekdays and is repeated at the weekend at earlier times.