Niall Horan from One Direction has reportedly ditched singer Ellie Goulding after a very short romance that lasted just one month. 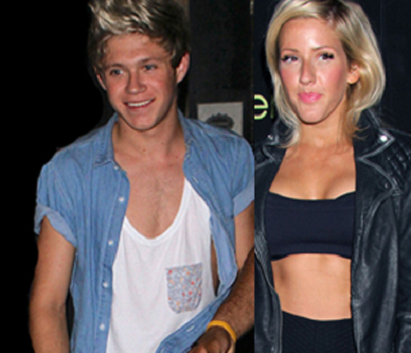 A source close to Niall told The Sun: “It’s all over between Niall and Ellie.

The insider added, “There was obviously a real attraction, but Niall’s a young lad and wants to live it up.”

This is in contrast to his band mate Zayn Malik who only recently announced his engagement to Little Mix singer Perrie Edwards. Both Edwards and Malik are only 20 years old, the same age as Horan, but Ellie is 26 years old.

However, it was recently rumoured that Ellie was dating singer songwriter Ed Sheeran, and despite her denials, he later admitted that they had in fact been in a relationship.

He made the confession after Ellie took to Twitter to deny she was seeing either Ed or Niall, tweeting, “I love that holding hands with my friends means we’re an item.

“In that case I am in many relationships. Lover not a hater. #whatthef***”

But when asked about that on US radio show, Ed remarked, “I mean, normal people don’t hold hands if they’re just friends.”

And of his romance with Ellie, he added, “It was going on. And now it’s not.”

He added, “She’s a really cool girl and she’s real talented. We just tour a lot.”