ITV launched a new drama series this week that will feature in its Sunday evening viewing scheduled this winter and ITV bosses could not be more pleased with the viewing figures for the first show that saw over 8 million people tuning in. 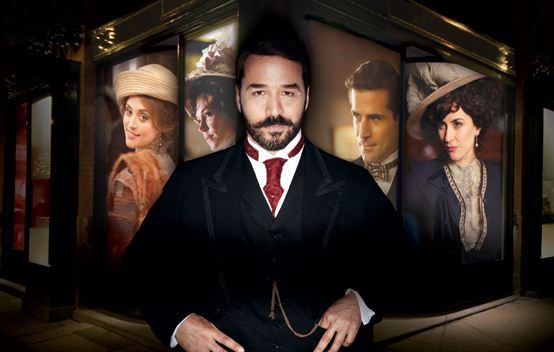 Mr. Selfridge is set in the early 20th century and tells the story of Harry Selfridge who arrived in London from Chicago in 1908 with a grand plan to open the finest department store in the world. But the brash American had to quickly understand how British men and women conduct business if he was to ever see his dream materialize.

However, it seem in today’s shopping canters up and down the country Debenhams department store seem to have benefited from the ITV show as it saw a dramatic increase in sales of red gloves in its stores this week.

In the first episode on Sunday viewers saw Mr Selfridge call upon Agnes to help him view the shop she worked in’s selection of kid gloves.

At the request of Selfridge, and going against company policy, Agnes put all the shop’s merchandise on the counter for him to see, but her willingness to help a customer resulted in her losing her job.

When collecting her belongings Agnes, who later was given a job by Selfridge, was overwhelmed to discover that the eccentric American had purchased a particularly stunning pair of red gloves and left them as a token of appreciation for her.

The series continue on ITV on Sunday.