Mary Berry talks about her appearance on ‘Who Do You Think You Are?’ and share her view on that Baked Alaska incident on This Morning.

The queen of baking of baking spoke to Philip and Holly about her appearance on Who Do You Think You Are? where it is revealed that the her great great grandfather also baked in Norwich for 40 years.

Mary added what made her sad: “When we delve much further back, the poverty.

“When we walk on the streets of Norwich, when you see where they worked…”

Great British Bake Off judge also explained about the Bingate controversy with the Baked Alaska on last week’s episode when Belfast-bred Iain Watters’ Baked Alaska was removed from the freezer, leaving the ice cream to melt in the warm room, ending up in him throwing it in the bin and storming off before being voted off.

Mary said: “To be absolutely honest I think it was 40 seconds out of the freezer.”

“Poor Diana, this is nothing to do with her.

“How wonderfully behaved how Iain was – he came back with a huge smile on his face.” 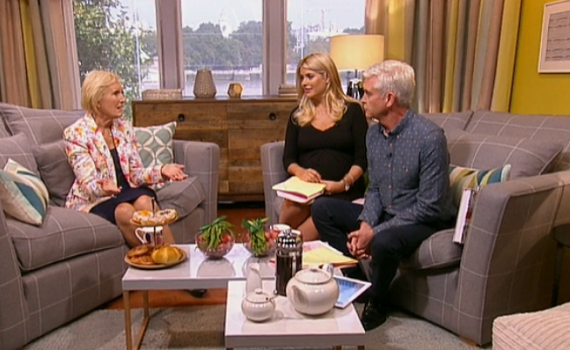