If this was the first of April, you may be forgiven to think that this report is an April fool’s joke, but it is not. Louis Tomlinson has signed for Doncaster Rovers as a non-contract player. 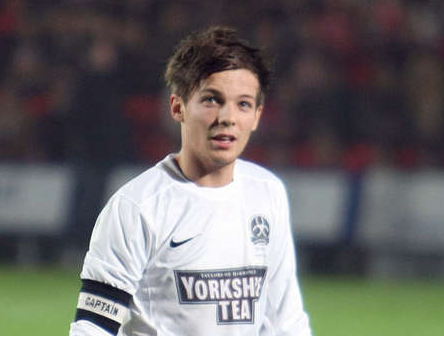 The One Direction singer put pen to paper this week and signed for his live long football team. The One D. star might be better known for his voice, but he has always been an avid sports lover and has had a real passion for football ever since he was a young boy.

On signing his contract Louis said: “This has always been a childhood dream for me. I feel very honoured to have been asked to sign for Rovers and being able to help both the club and the amazing charity Bluebell Wood is what it’s all about.”

Chairman John Ryan Ryan has given Tomlinson the number 28 shirt for the few games he will be able to fit in at the football grounds and he claims to be privileged to welcome the boyband singer on board, saying:

“I am honoured to let Louis play in my number to help raise money for the charity.

“I wore this in 2003 for my record-beating appearance at Hereford and this is the first time I have allowed it to be used since but I felt this was a good cause.”

“Louis and I organised last season’s charity game, in aid Bluebell Wood Children’s Hospice, which was a big success with over 9000 fans attending,”

“It was natural to follow on from that and Louis wanted more involvement to raise the profile of his home town club and Bluebell Wood.

“What started out as light hearted banter on text has moved on to reality, which is a great coup for the club. Our next step is to get Louis on the pitch again in a Rovers kit.”

See Louis singing for the club in this video: