Its week three of The Great British Sewing Bee 2016 and this week Joyce’s bras, Tracy’s scarf silk top and Charlotte’s night gown, were the three items of clothing that impressed the judges the most on Lingerie Week.

The eight remaining sewers had to follow a pattern for a bra which proves testing for even the most dextrous of sewers, requiring precision engineering and some of the smallest pattern pieces ever seen in the sewing room for their first challenge. Next they were given charity shop silk scarves which they have to transform into a piece of lingerie.

For their final task the sewers had to make luxury robes for their male and female models. 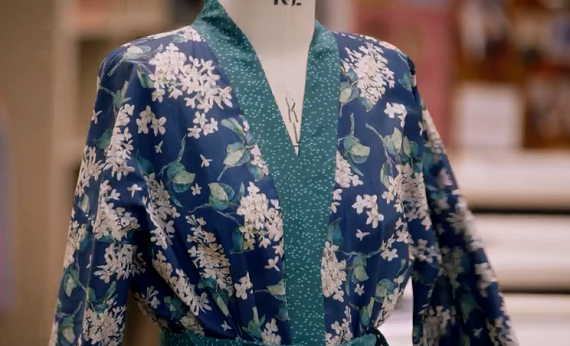