This week’s second set of six cooks face a tough Invention Test in Week 5 of MasterChef 2014. If they are to make it through to the next stage to cook for the invited guest judges, they will have to use their creative talent to serve up a superb dish to satisfy Greg Wallace and John Torode in the first instance otherwise they will be on their way home.

However, before they start to sweat over their ingredients to create a dish to impress, chef John Torode takes on the challenge himself, showing the viewers at home just what is possible with the few good quality ingredients.

In two sealed boxes of ingredients – one sweet and one savoury, the cooks must choose the one they feel will give them the best chance to showcase their skills.

For his dish, John opts for the savoury box and serves up bacon rabbit stuffed with liver served with baby turnips, kale and potatoes dish.

For the amateur cooks, they have just one hour to cook a dish good enough to keep them in the competition. The two that produce the least impressive dish as judged by John Torode and Greg Wallace, will see their Masterchef experience cut short as they board the bus home. 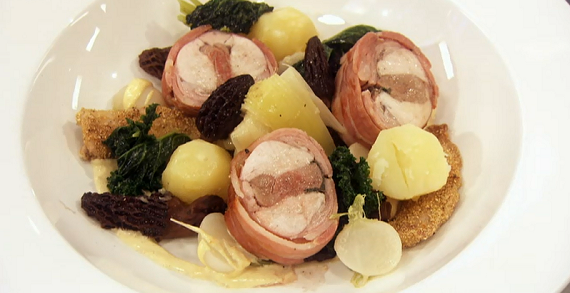