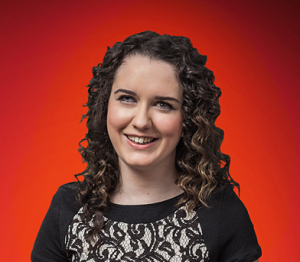 27-year-old Andrea Begley  was tonight crowned winner of The Voice 2013 UK on the BBC.

Andrea was up against strong competition from  Leah McFall, Matt Henry and Mike Ward in the final but managed to secure the most public votes.

Matt was announced as the artist with the fewest votes in the first Voice final results of the evening, leaving Leah, Mike and Andrea to fight it out in the second half of the show.

Andrea’s victory came as a surprise because Leah was the odds-on favourite to win going into the show tonight.

Speaking after her shock win, Team Danny singer Andrea said: “I don’t know if I can speak… I just want to thank everyone for voting and I hope I can go on and do well.”

Danny added: “I’m so proud, it proves a great singer with a great song can smash down walls. You’re an inspiration to me, I’ve learnt a lot from you.”

Andrea’s winners song, In The Arms of An Angel, is out for download now.

Danny and Andrea sings ‘Hall Of Fame’ in The Voice live final.