The celebrities are supervised by chef Omar Romero in the busy restaurant kitchen.

The celebs were sent to the London restaurant by Celebrity MasterChef judges John and Gregg, to experience cooking for the first time in a professional restaurant kitchen, preparing dishes for paying customers. 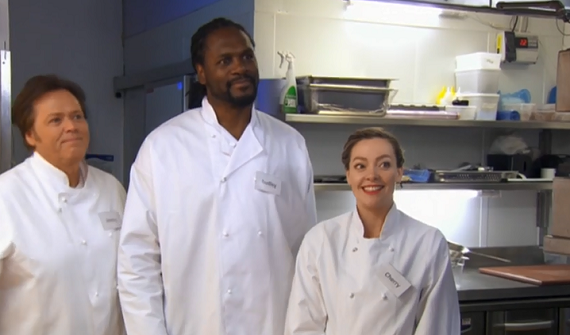