Actor Patricia ‘Tish’ Potter and TV presenter Yvette Fielding are sent to the kitchen at the Novikov Restaurant, London on Celebrity Masterchef.

The two celebrities are in one of the two groups that must showcase their cooking skills at a top restaurant to see how they handle the pressure cooking in a professional kitchen. 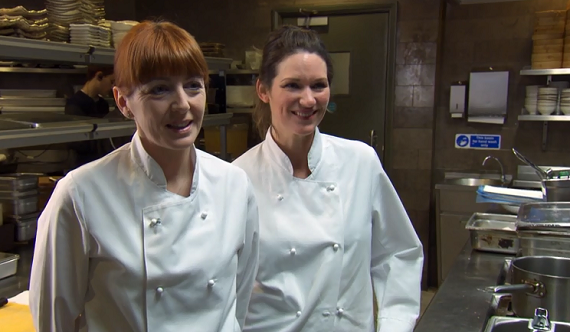