MasterChef: The Professionals 2014 has now reached day ten and the first set of five chefs in week 4 enter the kitchen to showcase their cooking skills.

However, one candidate will take no further part in the competition if they fail to deliver a good food recipe to please Judges Marcus Wareing, Monica Galetti and food critic Gregg Wallace in the Signature Dish Test.

Tobi, Luciana, John, Leon and Ben begin their bid for the coveted MasterChef: The Professionals title with a total of three daunting tests to prove themselves to the judges.

The Signature Dish Test is the first challenge they must face in the Masterchef kitchen. The five chefs have one hour to cook one plate of food that showcases just what they can do, before one must leave.

The four remaining chefs must then take on Monica’s Skills Test (deliver a cuttlefish dish ), followed by Marcus Wareing’s Invention Test ( make a sweetbread dish with a recipe to inspire) before one or more is sent home. 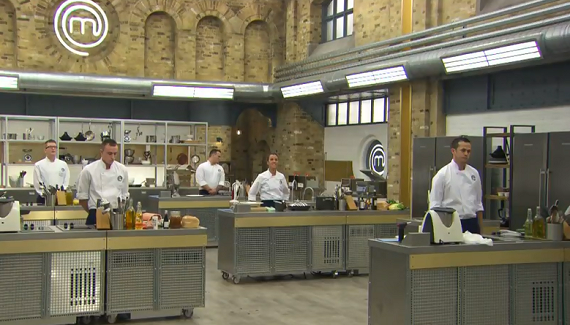