Anthony Bourdain selected his team to do battle in the kitchen against fellow judges Nigella Lawson and Ludo Lefebvre teams in the first season of The Taste in the UK.

Author, TV host and producer Anthony Bourdain is best known for travelling on his stomach in his TV show Anthony Bourdain: Parts Unknown. He is the author of the bestselling Kitchen Confidential, as well as A Cook’s Tour, Medium Raw, and several other titles.

Anthony must now coach his four cooks – Dixie, Guan, Barry and Justin – in the kitchen so that one of them will make it the last day of the competition and be declared the winner. 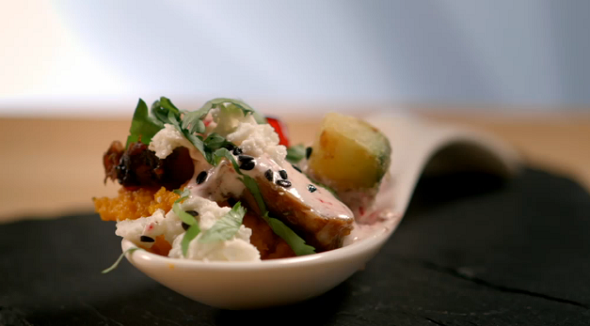