Carolyn Robb served up a apple and cinnamon crumble with a blackberry cream recipe on Royal Recipes. This delicious dessert is a favourite of Prince Charles.

The ingredients for the pudding include: 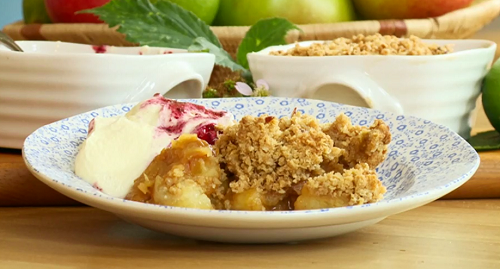 See recipes for the Royal family in the book titled: The Royal Touch: Simply Stunning Home Cooking from a Royal Chef