40 of Britain’s best young bakers have now become 4 and today they will compete in the first day of the Junior Bake-off 2013 finals. 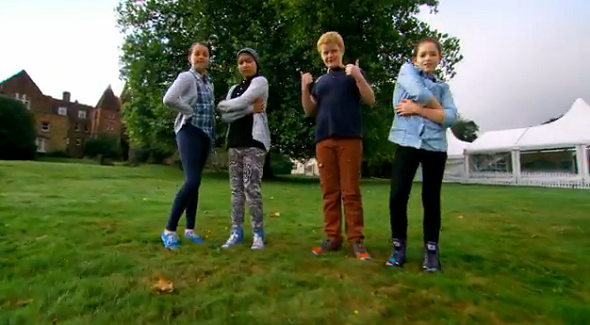 Over the next three days, four tough challenges awaits for the four young bakers who baked their way to the finals. Emma, Zainnab, Harry and Ruby will soon be put on the spot in a knowledge test, catering for top celebrities and bake for friends and family.

However, today they face their biggest challenge yet. They leave the bakeoff tent and face the pressure of a professional kitchen where they are divided into teams. They were taken to Harrods department store in London to help prepare afternoon tea. 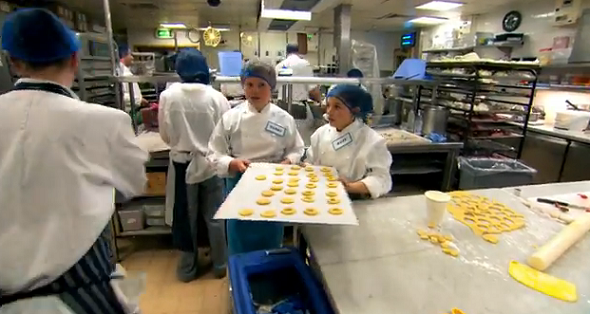 Markus Bohr set the young bakers their first task of the finals. They must bake two types of scones, fruit and plain. They must also bake shortbread tea fancies to Marcus’s recipe. 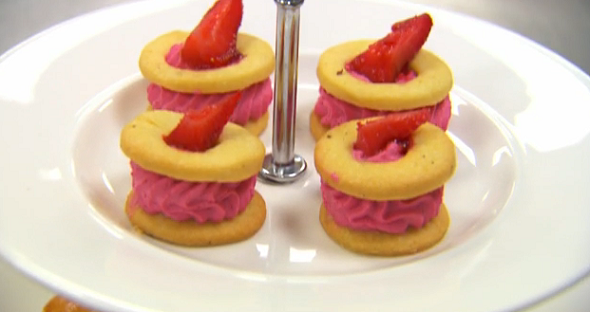 After a long hard days baking the two teams did all they could. The judges reviewed their bakes and decided that the winners were the orange team made up of Zainab and Emma.