Union J has left the X Factor behind and is now taking the first steps to launch themselves in big and volatile music world with the launch of their debut single Carry Me in June.

The names of Union J band members are: Jamie Hamblett, Josh Cuthbert, George Shelley and Jaymi Hensley. These boys are said to be the new One Direction and that is perhaps the biggest complement they can expect at present, but if their debut single is not a success, this complement will be short lived.

There are no reasons we can think of why the boys cannot succeed if the fans that followed them on The X Factor in the UK remain loyal and they are managed in the same way as One Direction to give them a global appeal.

Without upsetting One Direction fans too much, we happen to think that Union J are better singers. The two groups are equally matched in the looks department, but One Direction’s appeal lies in their choice of songs, and outgoing personalities that are infectious. In addition, they don’t take themselves too seriously.

We are hoping Union J and the team around them will stop worrying too much about trying to be different to One Direction, ditch the jackets – can’t stand them! – relax, have fun, release funny videos and photos and then just let the singing do the talking. Do this and they will be on top of the world in no time.

Check out the groups art work for their single Carry Me: 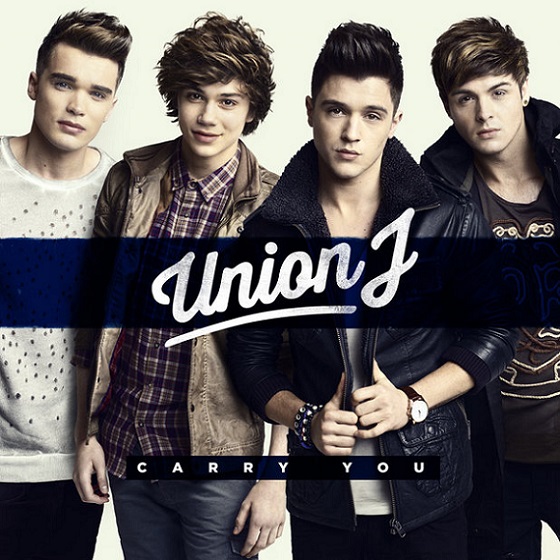